Who we help / Men’s mental health

There is an incredible amount of stigma associated with experiencing mental health problems and, for men specifically, this has led to an epidemic in the UK. In 2020, the Samaritans reported that men account for 75% of deaths by suicide – making suicide the biggest cause of death for men under the age of 35. Despite this, research consistently reports that women are much more likely to experience depression and anxiety than men.

How does this contradiction make sense?

The tide is changing

Men’s mental health is becoming an ongoing conversation. In 2019, Mind found that men are more willing than ever acknowledge their difficulties and seek help from healthcare professionals. However, there is still more to be done. IAPT services have been set up across the UK, including Lewisham, to offer short-term talking therapies for common mental health issues such as:

Why do men struggle to talk about their mental health?

In a 2015 survey, the Priory Group found that there are several reasons that make men less likely to seek help including a reluctance to admit needing support, and a fear of embarrassment or appearing weak. Gender stereotypes suggesting that men should be strong and never show emotion leads to an environment where men feel unwilling to seek help. 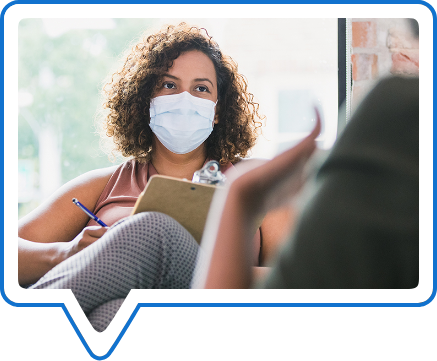 If you are experiencing stress, low mood, or anxiety you are not alone. The Men’s Wellbeing Workshop might be a great place to start your recovery journey. The workshop is a six-week course carried out in a group-setting by trained professionals. It is a free and confidential space to:

Men specific and other helpful organisations: